2018 Bytom Global DevCon Was Successfully Held, the US Team Won the First Prize of 200,000 BTM 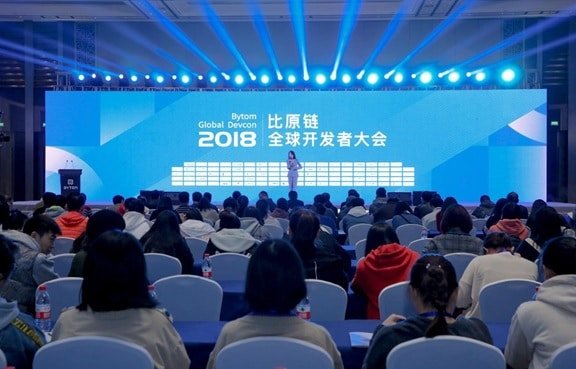 Hosted by Bytom, a decentralized network for multi-assets registration and flow with the aim of bridging the byte world and atomic world, the Bytom Global Dev Competition has drawn over 100 teams competing for the top 16 to take home 2 millions of BTM.

Duan Xinxing, founder of Bytom, expressed his appreciation for all the Bytom supporters in the opening remark and spoke highly of the blockchain spirit – the spirit of open source and openness. He stressed that Bytom, in this spirit, is seeking to serve the public and working out issues the current society is facing to finally bring prosperity both in economy and society.

On the DevCon, Bytom’s CTO Lang Yu announced the official release of  Bytom’s Sidechain “Vapor” and made it open source the same day. This sidechain will be connected to Bytom mainnet first and to Bitcoin mainnet and Ethereum mainnet in the future after gradual iteration.

In the finals of the Bytom Dev Competition, a selection of 16 out of 100 teams from China, the United States, Europe, South Korea presented their projects:

The Bytomswap team from Seattle ended up winning the first prize of 200,000 BTM tokens. By utilizing Bytom smart contract, Bytomswap facilitates the exchange between multiple crypto currencies and a “basket of stable coins” in a decentralized way.

This is Bytom’s first global developer conference. With the goal of strengthening Bytom’s development capability as well as enhancing a sustainable open-source ecosystem, this event will be held every year in the future.

The views and opinions expressed in the article 2018 Bytom Global DevCon Was Successfully Held, the US Team Won the First Prize of 200,000 BTM do not reflect that of 48coins.com nor of its originally published source. Article does not constitute financial advice. Proceed with caution and always do your own research.