The world’s largest cryptocurrency by market cap is currently trading at above $11,000 after it surpassed the $10,000 level over the weekend – a nearly 200 percent jump since February.  “The surge in bitcoin resulted in increased demand and supplies were already short,” said Steven Mosher, head of global sales and marketing at Canaan Creative, maker of the Avalon miner.

While he declined to disclose the firm’s order volume, Mosher said in an email that “the current state of the industry is that inventories are down and demand is high.” He told CoinDesk:

“It looks like a return to the 2017 Q3, Q4 conditions, where demand was three times the supply.”

Back then, bitcoin’s price had doubled from July to September in 2017 and further jumped by four times in the last quarter, reaching almost $20,000.

The price increase over the past several months also led to a significant drop of the time it takes for new mining equipment to pay for itself, according to data provided by TokenInsight, a crypto startup that focuses on mining and trading research.

The firm estimates the average payback period for most mining equipment in the second quarter has dropped to 60 to 150 days, a notable decrease from the previous range of 120 to 280 days.

To capture the new opportunities, Canaan launched a new mining model last month, the AvalonMiner 1041, which it claims can compute as much as 37 tera hashes per second (TH/s) with electricity consumption at 2,361 watts per hour.

By comparison, an older model, the Avalon 851, performs its calculations at a speed of around 14.5Th/s, consuming 1450 watts an hour.

Mosher added that pre-orders for such models are already queued up to as late as October delivery, due to the bulk of buying interest coming from larger customers.

Similarly, crypto mining giant Bitmain rolled out for sale improved versions of its AntMiner S9 model, dubbed AntMiner S9 SE and S9k just last week. Shipment of the first batch won’t be scheduled until August, according to the firm’s website.

Even more expensive and powerful products, such as the WhatsMiner M20 launched by ex-Bitmain chip design director Zuoxing Yang, are seeing an increasing level of buying interest. Yang told CoinDesk that the next batch of M20s, which are scheduled for shipment as late as October, is “almost sold out” at the moment.

But Yang added another important reason why the industry’s supply is having difficulty catching up with the demand is production capacity due to the limited supply of chips from various vendors to begin with.

“Bitcoin’s hash rate increase just can’t keep up with the pace of the price jump,” Yang said. “Production capacity is the bottleneck.”

Indeed, the resurgence of mining interest is also reflected in the overall amount of computing power devoted to securing the bitcoin network, which recently hit an all-time high. 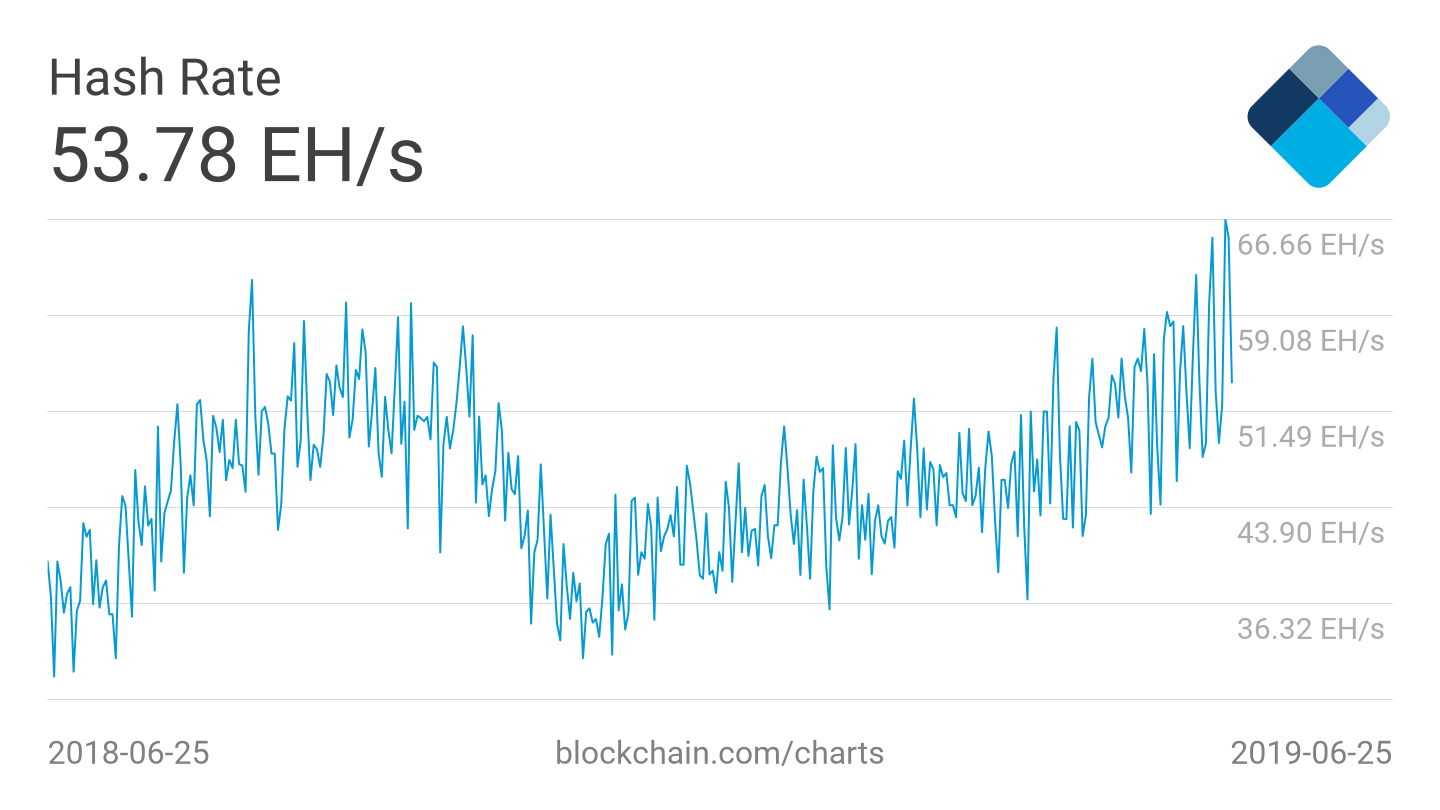 Based on data from mining pool BTC.com, the latest one day and seven-day average hash rates are at 65 million TH/s and 58 million TH/s, respectively.

This aggregated computing power has jumped by about 80 percent since late last year when the 14-day average bitcoin mining hash rate dropped to as low as 36 million TH/s amid bitcoin’s price decline.

Assuming all such additional computing power has come from more widely used mining models like the AntMiner S9 or Avalon 851 with an average hashing power of about 14 TH/s, that would translate to roughly 2 million mining units having been switched on over the past few months.

As a result, BTC.com estimates that bitcoin mining difficulty – a measure of how hard it is to solve the math problems that earn new coins – will further increase by six percent at the beginning of the next adjustment cycle to an all-time-high level above 7.8 trillion.

The views and opinions expressed in the article Demand for New Bitcoin Miners Is Again Outstripping Supply do not reflect that of 48coins, nor of its originally published source. Article does not constitute financial advice. Kindly proceed with caution and always do your own research.

Op-Ed: Why We Shouldn’t Worry About Crypto Mining Energy Consumption