The week has observed yet another bullish run from altcoins. IOTA [MIOTA] has seen an observable change in the past week. According to CoinMarketCap the coin has risen by 46.30 % in seven days.

Last week [August 24th], IOTA started off with a trading price of $o.50 with a total market cap of $1.40 billion. Since then the price trends have been ‘acting the bull’.

The surge in the price trends can be seen in a positive correlation with the launch of the much awaited Trinity Desktop Beta Wallet on the 25th of August. On Wednesday [August 29th], IOTA saw a sudden surge in its value almost reaching $0.80. Finally, settling down to a value of $0.737 with a market cap of $2.04 Billion on 31st August at the time of writing. 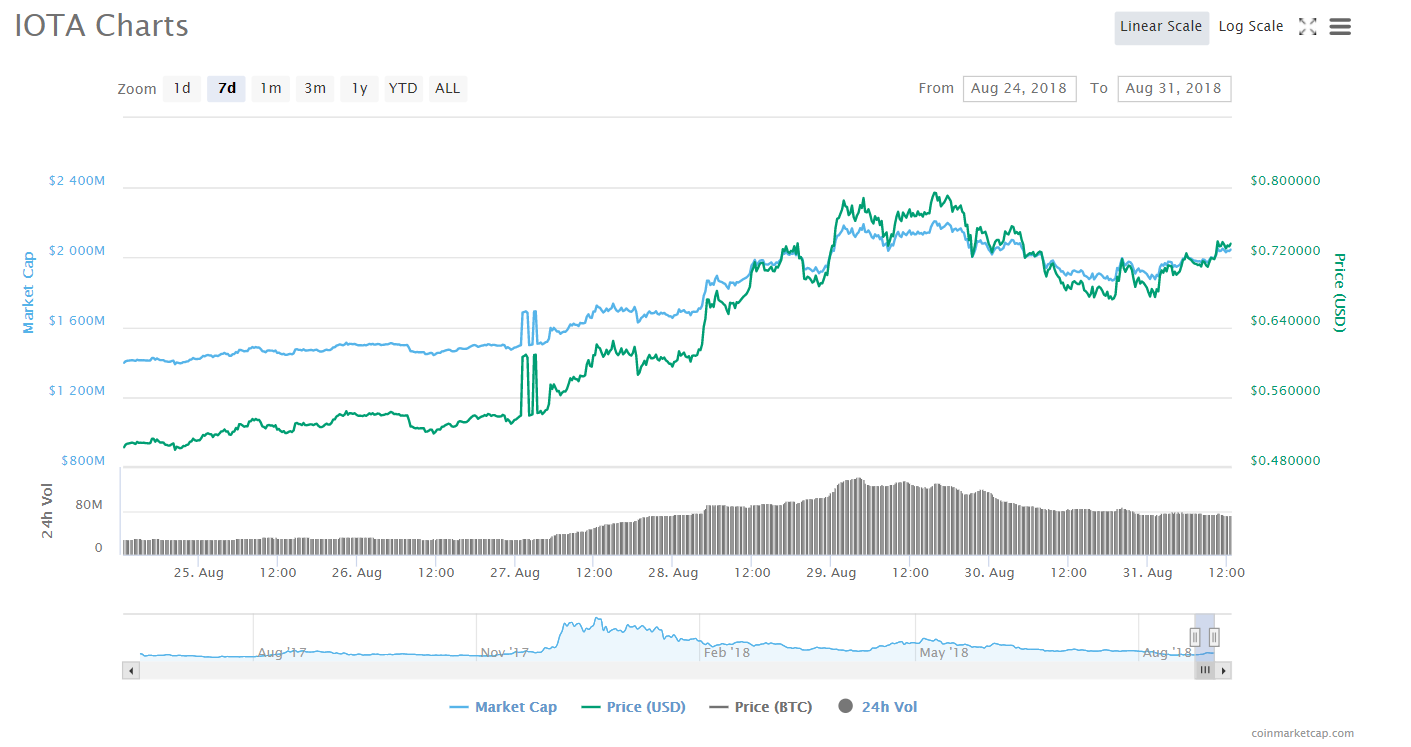 Among the many discussions revolving around IOTA recently, the one worth noticing is the ‘Fujitsu episode’. The Japanese tech-giant announced recently that it was all set to roll out IOTA as its new protocol standard. Fujitsu also emphasized the point that IOTA will fit perfectly in the field of industrial production and logistics.

IOTA Foundation has found its use case in many other industries, like Robotics. On August 29th, Michael Kuhlmann, a student pursuing Electrical Engineering wrote about IOTA in a Medium blog explaining how a Robotic Framework called the ‘Robotic Operating System’ [ROS] can be integrated with the IOTA platform.

“@iotatoken huge development, now everyone will move off exchanges and into wallets. Safe, Secure and Amazing.”