Is the Declining Global Economy Growth Fueling the Stunning Rally of Bitcoin?

In a continuation of form, Bitcoin has managed to break key resistance levels at $8,500 and $8,800. And with each passing day, signs the crypto market is entering a new bullish phase become increasingly compelling. But, at the same time, talk of an incoming recession is getting louder and louder. That being so, some are wondering whether Bitcoin and cryptocurrency will have an opportunity to usurp legacy systems.

Key economic indicators point to a slowdown in the US economy. For example, US car sales fell 6.1% in April to 16.4 million units, the lowest level since October 2014. Economist and financial writer, David Rosenberg, noted that this is the weakest year on year trend since 2011. 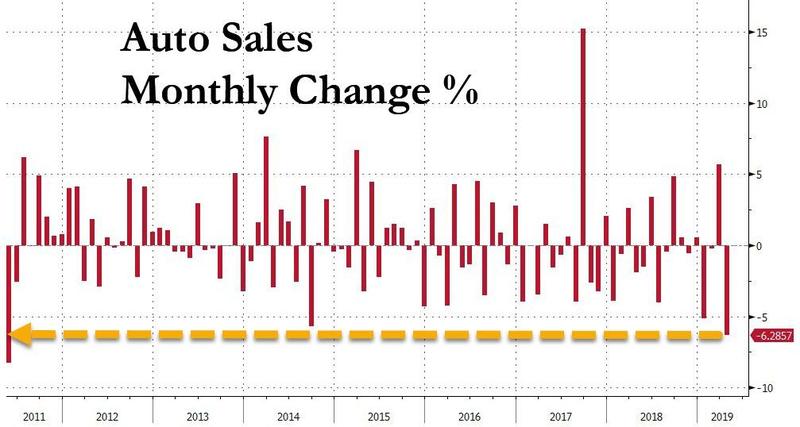 Not only that, US mortgage applications had seen the steepest weekly fall since December last year. Figures released from the Mortgage Bankers Association show applications to lenders fell by 7.3% in April, the most significant drop since 21st December 2018, which saw a 9.9% decrease.

And with two-thirds of economists predict a recession before the end of 2020, the outlook is bleak. Speaking to Business Insider in 2017, financial commentator, Jim Rogers spoke about the next recession:

“It’s going to be the biggest in my lifetime, and I’m older than you. No, it’s going to be serious stuff. We’ve had financial problems in America — let’s use America — every four to seven years, since the beginning of the republic. Well, it’s been over eight since the last one. This is the longest or second-longest in recorded history, so it’s coming. And the next time it comes — you know, in 2008, we had a problem because of debt. [Henry,] the debt now, that debt is nothing compared to what’s happening now…It’s going to be the worst in your lifetime — my lifetime too. Be worried.”

What Will Happen To Bitcoin In A Recession?

People say Bitcoin was born as a result of Satoshi Nakamoto’s dissatisfaction with the economic system.  He envisioned a future where individuals could transact peer-to-peer, without the involvement of an intermediary. This, he hoped, would democratize finance and re-distribute wealth back to people. As such, Nakamoto’s concept of Bitcoin intended to replace legacy systems.

All the same, we have not been in this position before, and no-one knows how cryptocurrency will respond in the event of a global recession. However, as a risky and volatile investment, Bitcoin could fare badly. In times of slowdown, people seek safe places to put their money. It’s possible a recession would decimate the cryptocurrency markets, as investors turn to “safer” bets in bonds, and familiarity in precious metals.

During the next recession bitcoin will bottom out because it’s so risky, untested, and new. Investors hate holding risky bets in recessionary climates. That’s when I’ll hop in.

Then again, Ermos Kyriakides, writing for Hackernoon draws parallels between Bitcoin and gold. He talks about the shared characteristics of scarcity, durability, or in Bitcoin’s case, immutability, as well as fungibility in the well-known strapline, “one Bitcoin always equals one Bitcoin.” Taking this into account, Bitcoin could do as well as gold, if not better, during an economic slowdown.

Will Bitcoin Take Over?

When considering cryptocurrencies during a recession, many commenters take an extreme position. For example, Sir Gordon Gekko sees a direct inverse relationship between stocks and crypto. Meaning, he believes that as a recession looms and stocks fall, cryptocurrency and precious metals will take off.

Stocks will tumble starting in June and worsen toward July, crypto gold silver will experience an awakening $btc $xrp

Also, this type of extremist thinking doesn’t take into account the (current) symbiotic relationship between fiat and crypto. While one Bitcoin is one Bitcoin, until we see prices in Bitcoin at the shops, there cannot be a cryptocurrency take over.

The views and opinions expressed in the article Is the Declining Global Economy Growth Fueling the Stunning Rally of Bitcoin? do not reflect that of 48coins, nor of its originally published source. Article does not constitute financial advice. Kindly proceed with caution and always do your own research.