After tough weeks that reminded us of scenes from Kill Bill, we got a positive week in the markets.The green color returned to the cryptocurrency arena and there were even rumors that some traders were observed having FOMO positions. As of this writing, the Crypto market is worth $228 billion, with Bitcoin’s dominance against the alternative coins at 53%. This is a moderate increase which brings Bitcoin back to its natural position as the controlling shareholder of the market.

However, despite the increasing dominance of Bitcoin, the alternative coins scene is also recovering from a slow scramble after Bitcoin raised his head to over $7,000. In this context (alternative coins such as) Nano rose 100% in the past few days, IOTA rose 42% this past week and Dash rose 25% in the past 24 hours. It seems that the traders and investors in the market have received a confidence injection because despite the green candle color the market is still unstable and there is no significant reason for it to rise. There is a good reason to remain cautious and not to enter into FOMO state. The volume of trading in the Crypto market is around $12 billion, which is important to pay attention to, because if new money enters the market, the volume will appear to be growing. Also, the volume of realizations is an important figure that can help us understand where the market is headed. The moment it appears that the situation is beginning to stabilize, the sharp declines having stopped then its a good time to examine the markets.

US Investors Can Buy An Exchange-Traded Product for Bitcoin. At a time when the US SEC continues to reject many Bitcoin ETF requests, a Stockholm-based company has opened its door to US crypto investors by promoting a bitcoin exchange-traded note named Bitcoin Tracker One.

Bakkt Is The Biggest Thing To Happen For BTC Institutional Adoption, And Now The CEO Wants Us To Know More. The launch of the new cryptocurrency project has promised to bring in institutional investors like Microsoft and Starbucks. CEO Kelly Loeffler looked far ahead into the future of digital assets and got everyone believing that the best is yet to come.

China Bans All Crypto Events After Spending $3 Billion to Fund Blockchain Startups. The Chinese government has become the latest to issue an order against all crypto and blockchain events. The announcement came as a shocker since the sovereign government has invested so much into blockchain technology development.

SEC Slaps Down Two NYSE Bitcoin ETF Proposals. The Security Exchange Commission (SEC) has continued to disapprove Bitcoin ETFs in 2018. The last pair of proposals filed by the NYSE Arca in order to list bitcoin ETFs from fund providers ProShares and Direxion also got the red card from the regulators.

Positive News for Crypto: Germany Seeks for Independent SWIFT System Devaluating US Dollar. The European nation has not been the biggest bitcoin traders but could lead a move that may significantly strengthen the position of Bitcoin. The possible launch of an independent payment system free of the US influence could turn bitcoin around.

Mt. Gox Opens Claiming Process, Victims To Receive $1 Billion In BTC. As part of a civil rehabilitation process, the Mt. Gox exchange which was infamously hacked of around 850,000 BTC has introduced a claiming tool for its creditors. A deadline has been set for creditors to lay claim to their lost funds or forget it forever.

Bitcoin May End the Year “Explosively Higher,” Says Bitcoin Bull Tom Lee. According to the co-founder of Fundstrat Global Advisors, there is an almost insignificant correlation between other emerging markets and bitcoin. In his predictions, this will likely lead to a big end of the year for bitcoin just like last year.

Bitcoin [BTC] Is Going To Evaporate, Says “Wolf Of Wall Street.” Jordan Belfort, a former penny-stock broker who has been rightly accused of fraud in the past, has shown that he knows little about BTC by arguing that investors will soon hit a dead end. He believes bitcoin is the next great scam. 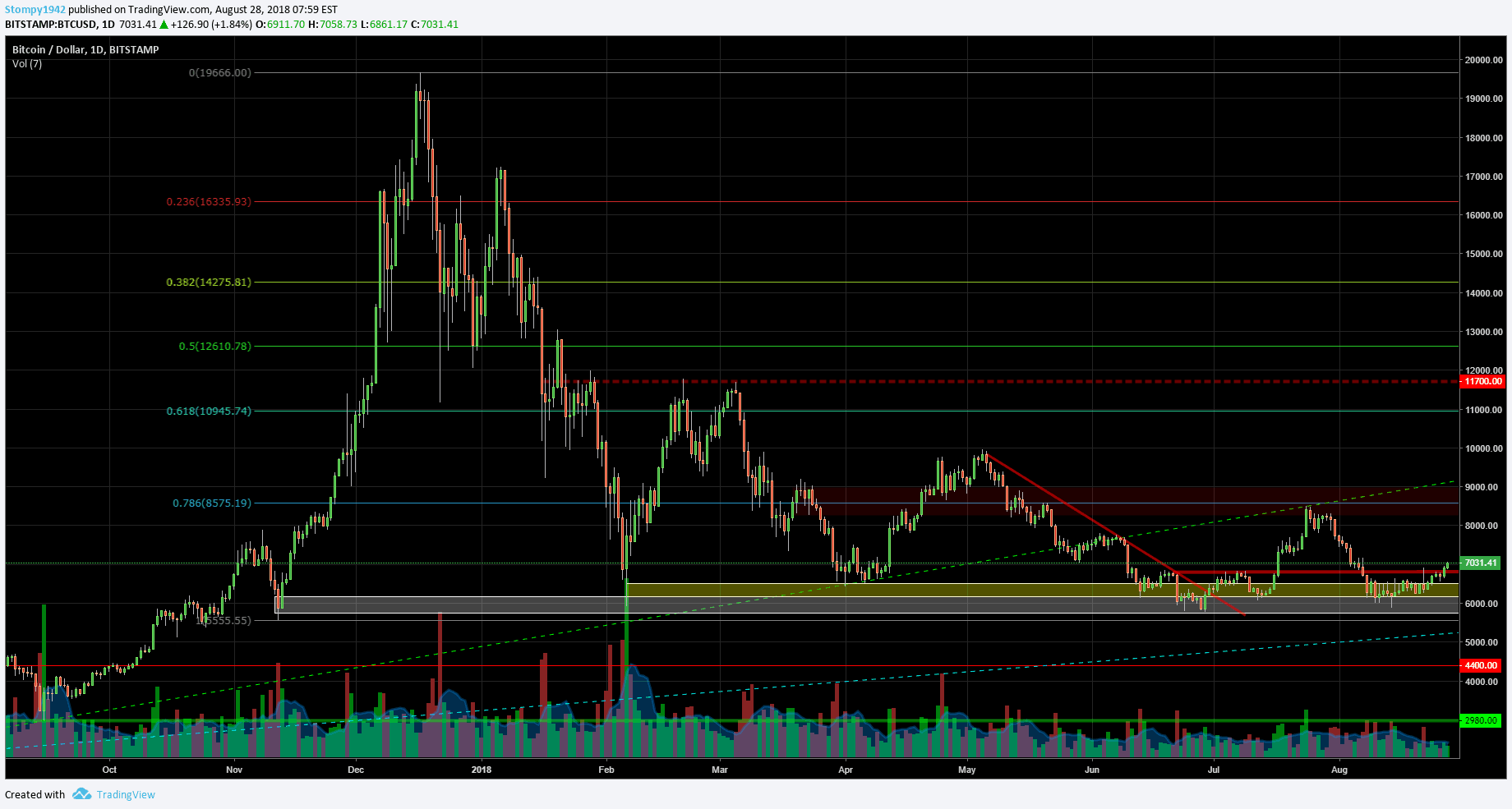 Against the dollar, the floor remains at $250 and the exchange rate stabilized around $280. It traded not far from $287 with resistance at $300 in that range. 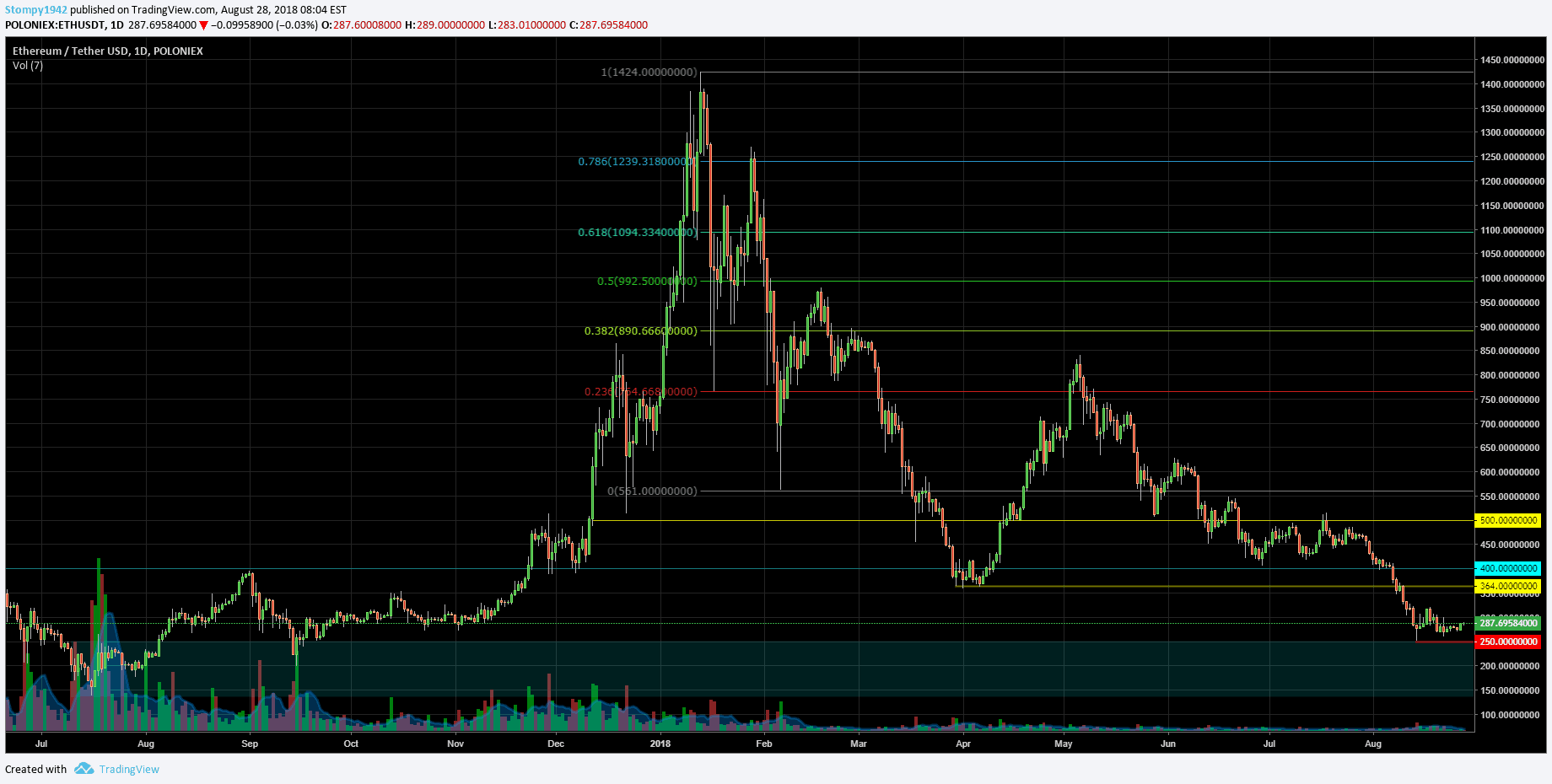 Against Bitcoin, it traded around 0.04 BTC. These support levels in this resistance range were at -0.047 BTC which seems to not be good trading against Bitcoin. Again we returned to the support areas seen in December. 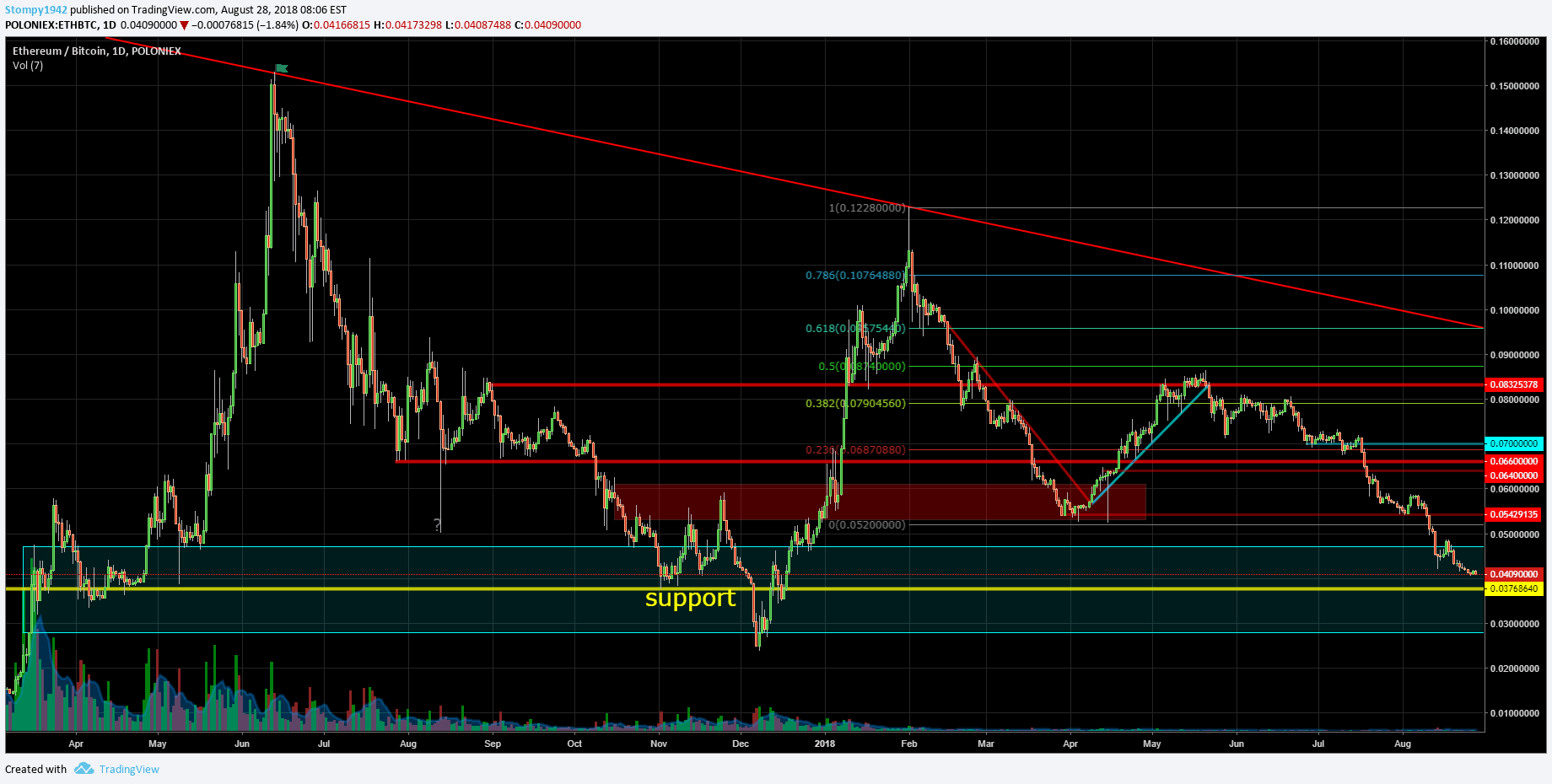 Against the dollar, it was a stable week. It traded around $550 while supporting this range around $510 and resistance was at $600. 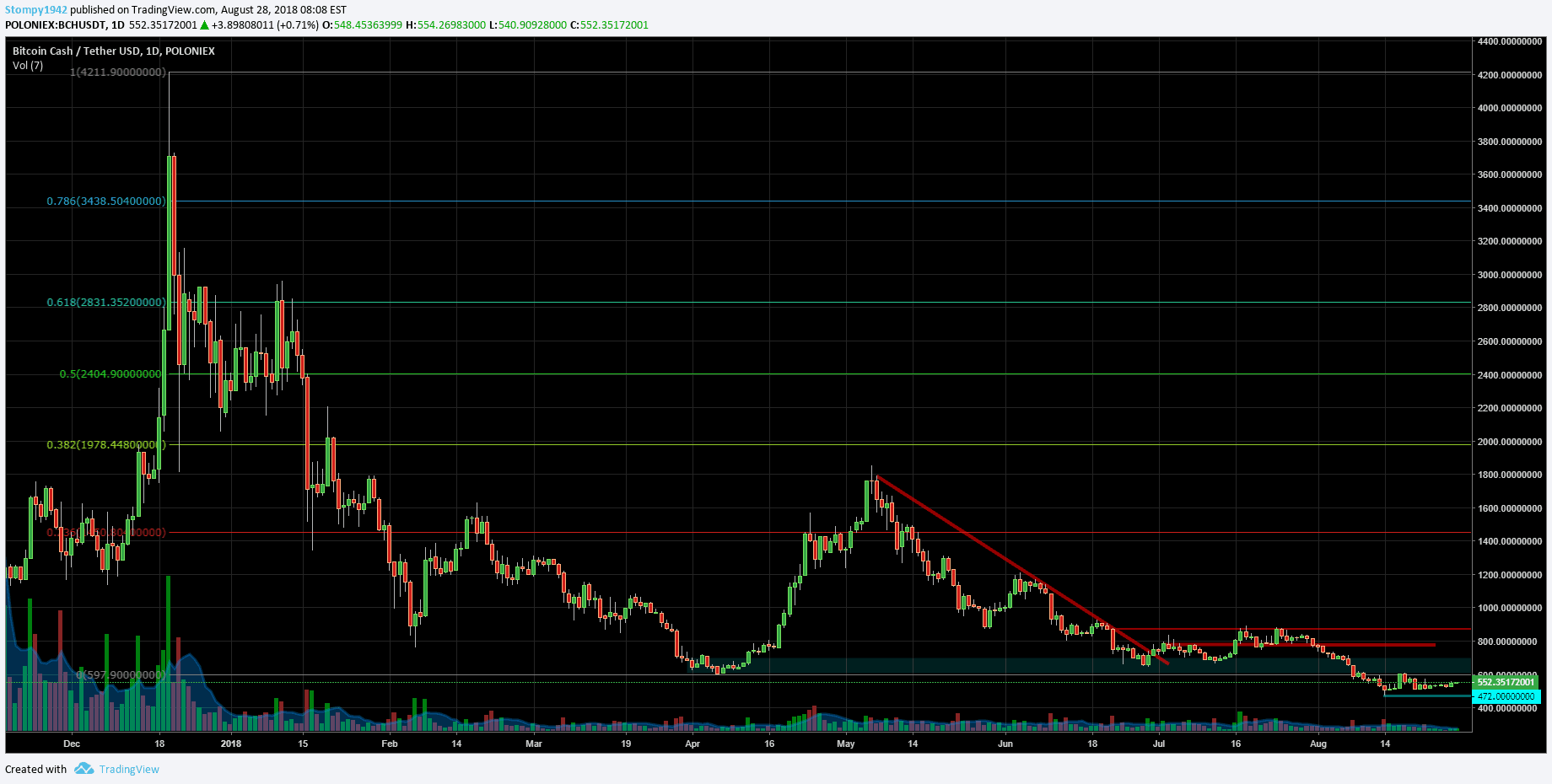 Against Bitcoin, the trend line continues to trade around 0.078 BTC, and it seems that the support levels since December are leaning further down around 0.068 BTC. Resistance is difficult to determine in the descending trend, but if we look at the past on the chart, it appears that 0.09 BTC was the last attempt to break out. 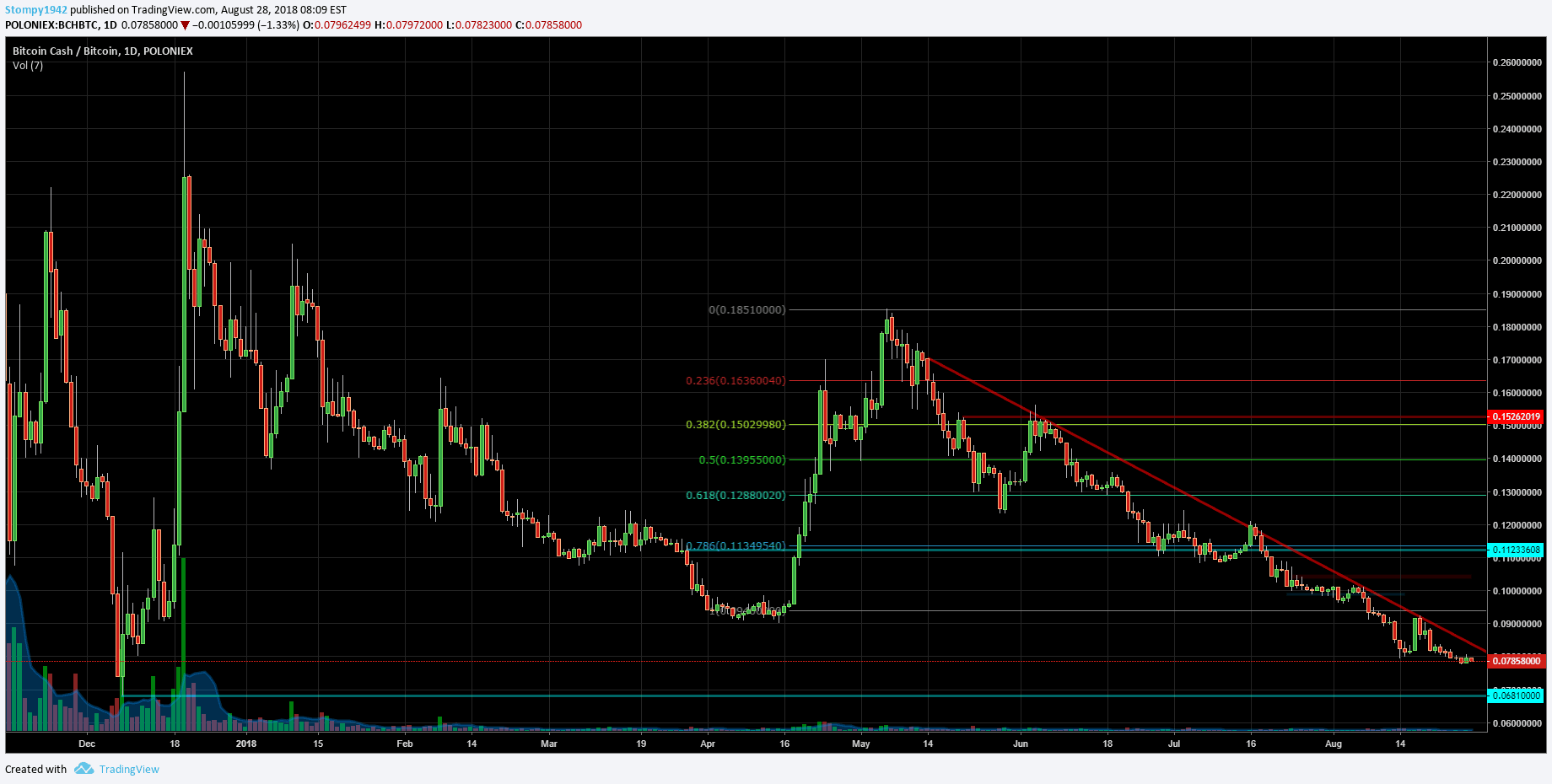 Against a record dollar of $17.7 and a floor of $0.74, a figure seen only in crypto, trading volume rose this week compared to the past. It appears to be the highest trading volume since March where the rate reached a record $17. 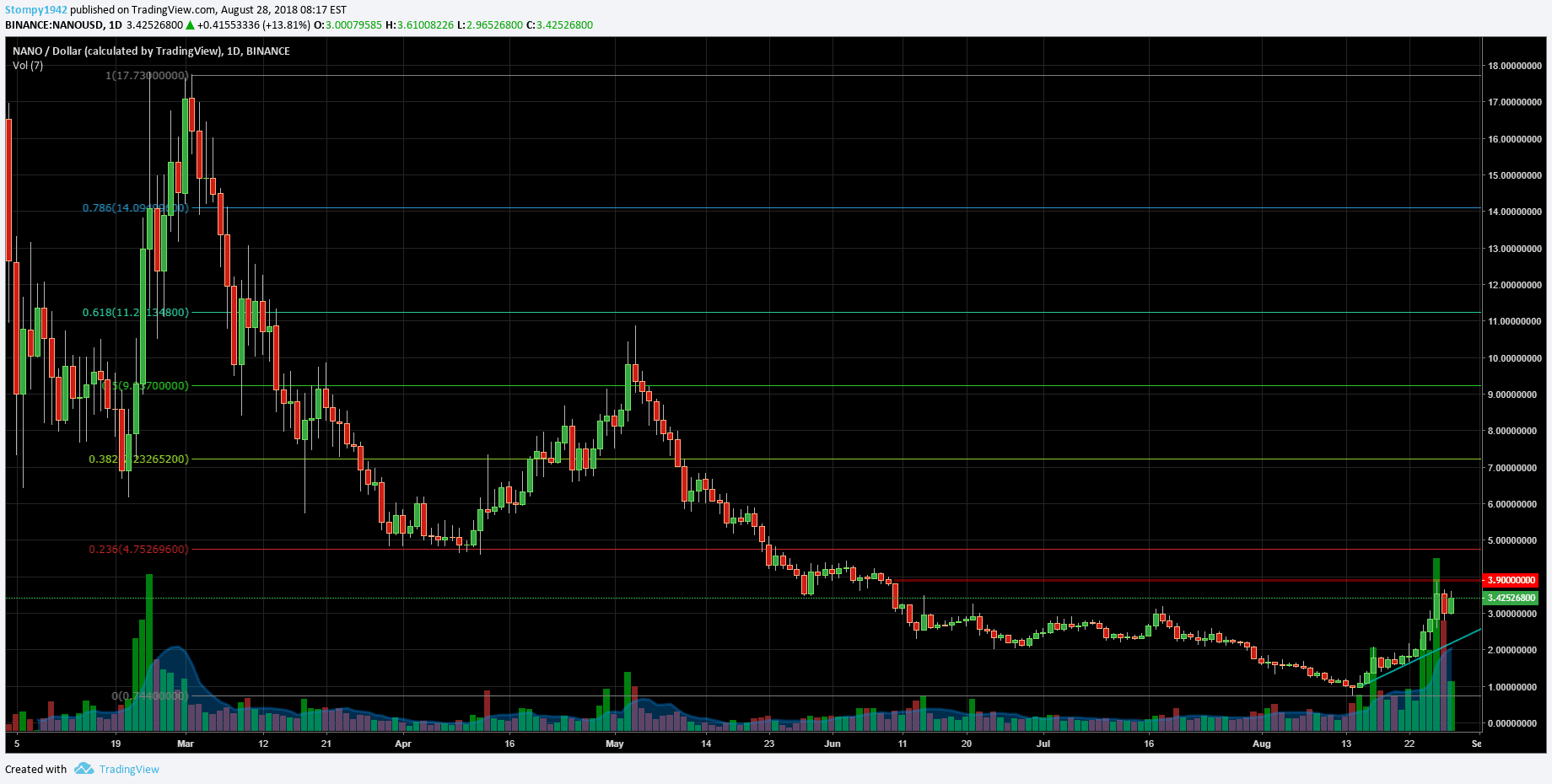 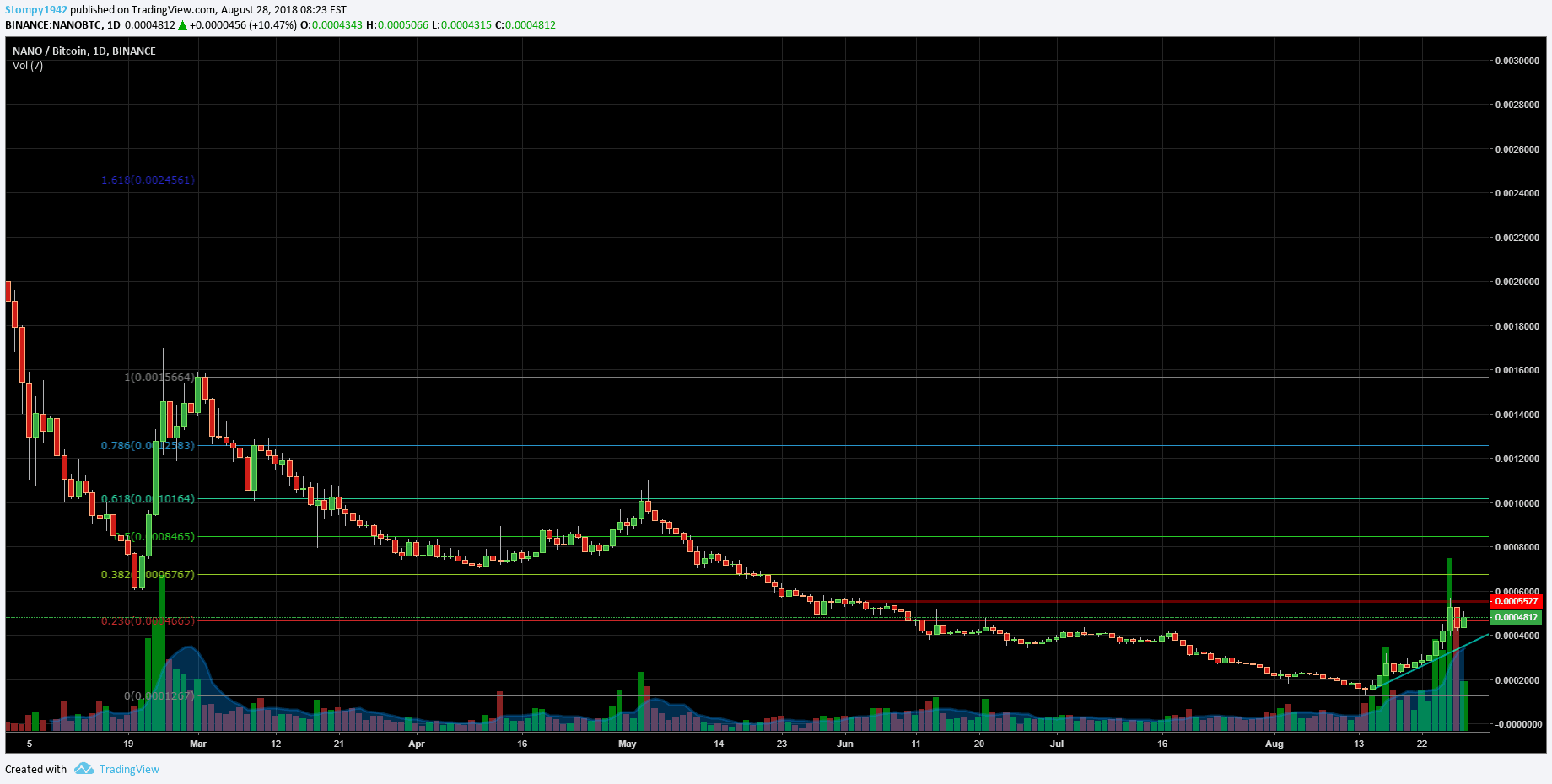 Against the Dollar, a weekly chart is trading around $0.11. These support areas have also seen in recent weeks that the price is looking for resistance floor at $0.15. 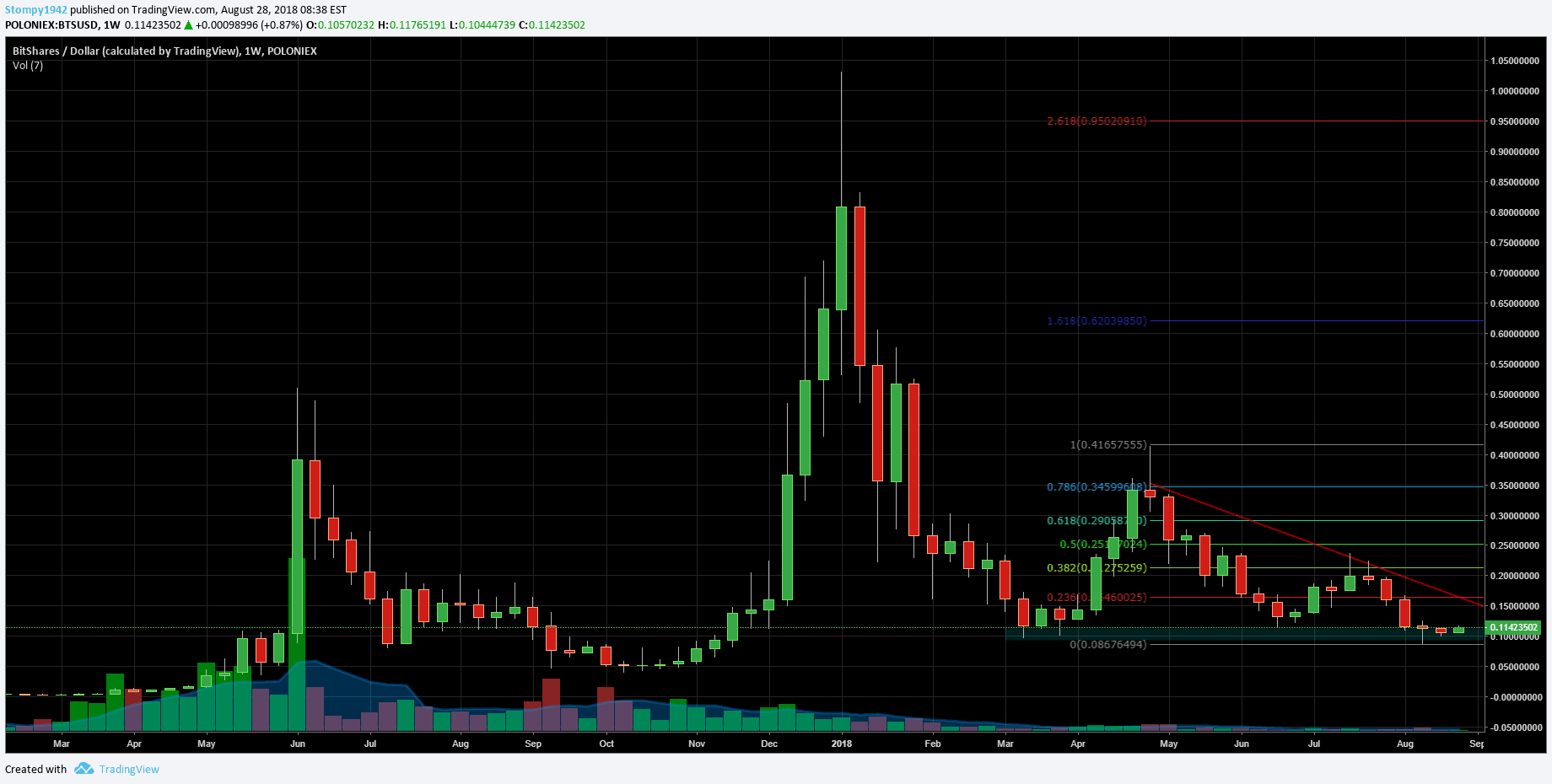 A weekly chart appears to be approaching the ground and trading around 1600 SAT with support at 1400 SAT and resistance is at 1800 SAT. 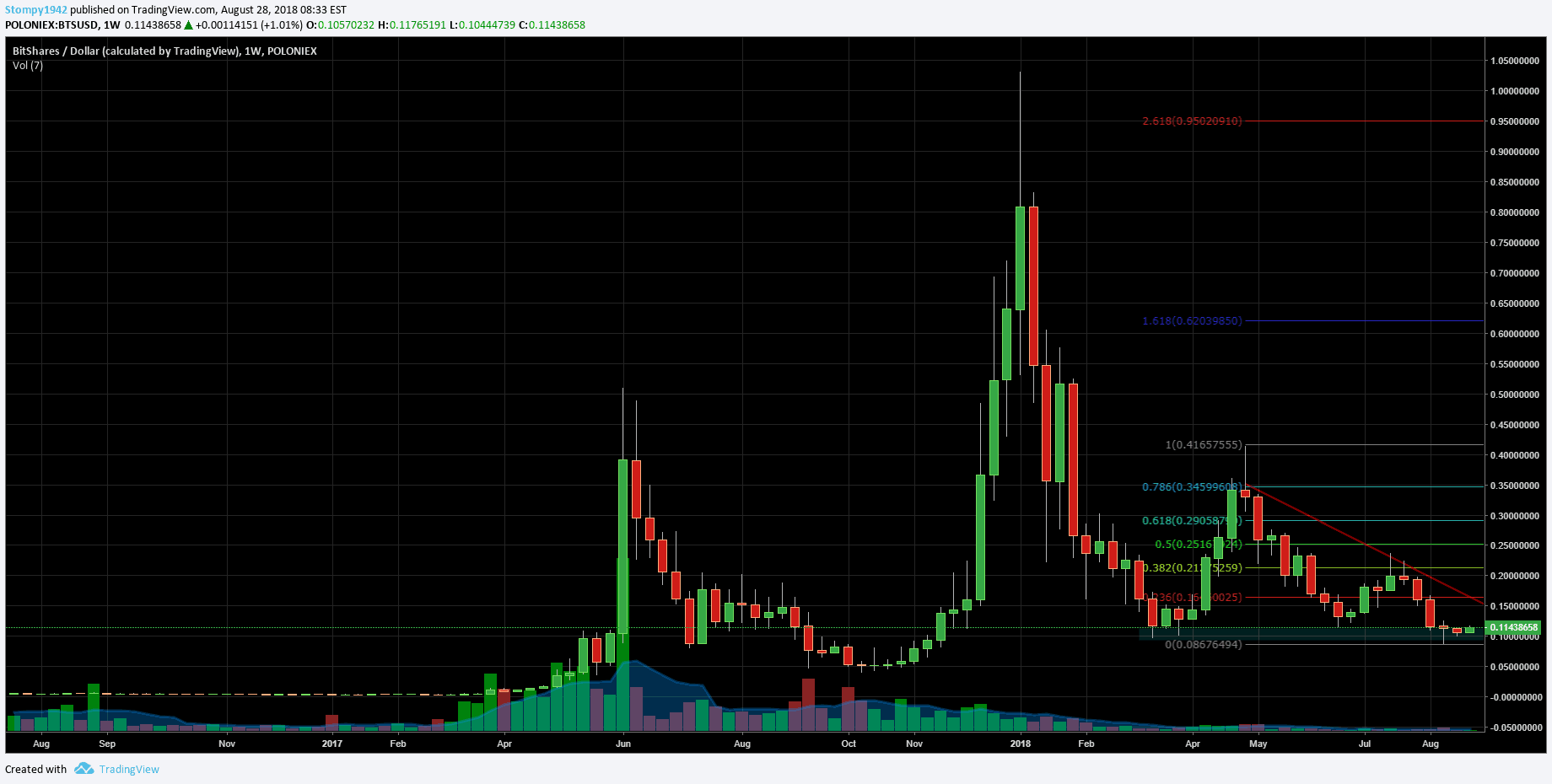