Monero [XMR], the thirteenth largest cryptocurrency by market cap, was in the headlines ever since news about its first hard fork this year broke out. The upgrade was successfully completed towards the end of last week, March 9, 2019 and March 10, 2019.

The hard fork proposed four changes, with a key upgrade pertaining Monero’s Proof of Work algorithm. The change aimed at severing application-specific Integrated Circuit mining as it blocks it from engaging in the network. The other changes pertain to dynamic block size algorithm, which would fix the big bang attack, and also ensure scaling. Addition of dummy encrypted payment ID to each transaction and simplifying amount commits were also included in this upgrade.

According to data presented by 2miners, Monero’s hashrate witnessed a significant drop since the upgrade, especially affecting ASIC miners. A report by PaperBlockchain stated that the number was more than 80%. 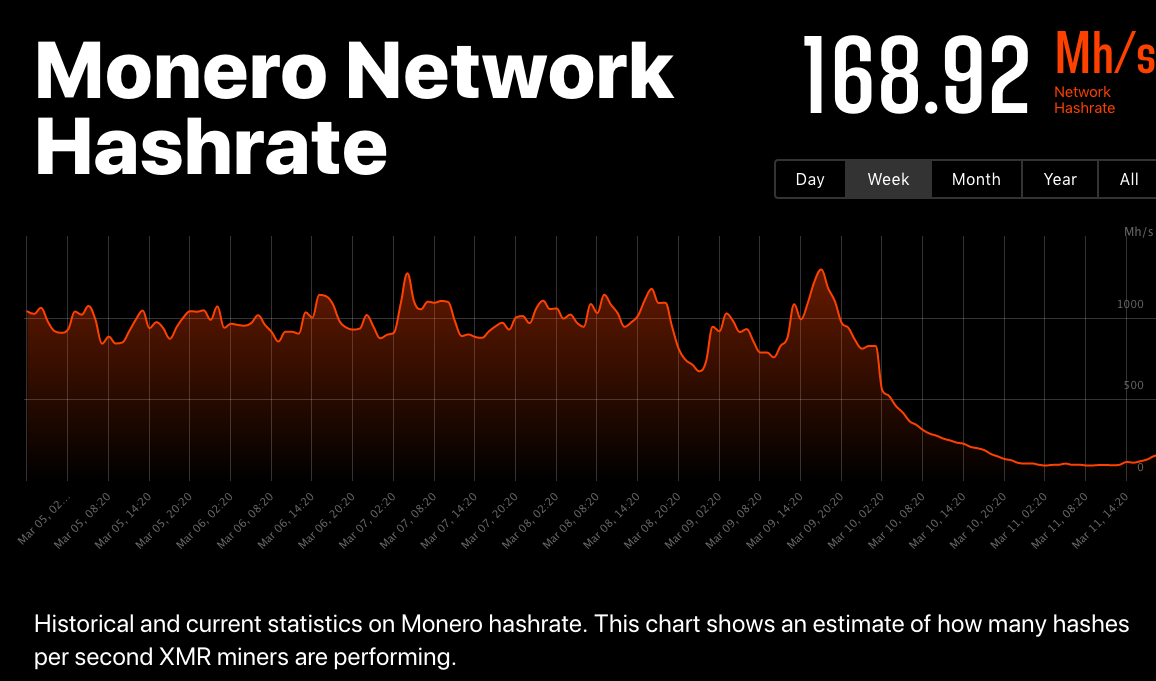 Monero went through a similar upgrade last year to curb ASIC mining on its network. This upgrade showed similar results, with several members in the community proclaiming that it had won its “first battle” against the ASICs.

“My real concern is just that instead of FPGA designers and ASIC farms controlling mining you just have hackers with botnets controlling the entirety of the network every time the algo changes. I’m not convinced that this is safer or more secure.”

The Redditor further added that constant change in algorithm would result in hackers taking advantage of the changes to use botnets and dump the coins, even if it compromised the network. He said,

“Goes against normal miner incentives where they’re heavily incentivized to protect the network because they’ve invested all this time and money on hardware that literally just mines that one crypto and where miners tend to be heavy hodlers and want to protect the value.”

“think about this 95% of the network was being mined by people who were prob either not paying for electricity or getting maybe 50x as fast hashrates as those with rigs that cost the same amount to setup as an FPGA costs to buy. 4k rig v 4k fpga and fpga mining nearly 50x faster.” 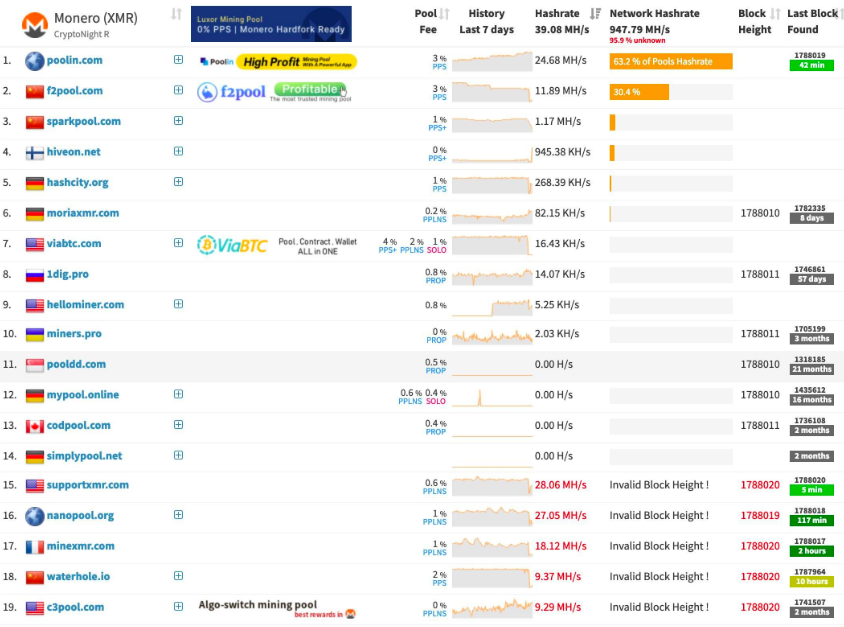 The views and opinions expressed in the article Monero [XMR] hashrate witnesses massive drop after hard fork do not reflect that of 48coins.com nor of its originally published source. Article does not constitute financial advice. Proceed with caution and always do your own research.