Following October’s news that Samourai Wallet was preparing to enable internet free bitcoin transactions, somebody only went and tried it. A Twitter user from New Zealand documented his off-line experiments online.

The ability to send bitcoin (BTC) 00 without internet or data connection relies on the goTenna mesh network. First, Samourai wallet creates a signed transaction and passes it to the TxTenna app. This then broadcasts the transaction to nearby mesh nodes via a paired goTenna mesh device.

The mesh nodes relay the transaction data until they find a node running TxTenna with an internet connection, which forwards it to the bitcoin network.

Over the weekend I sent a bitcoin transaction to a relay 12.6km away with no cell network or internet connection. Here’s a tweetstorm about how I used @gotenna and @SamouraiWallet to do it

Out In The Field

Twitter-user Coinsure decided he would try to use his four goTennas to send a bitcoin transaction 19.2km. goTenna lists the maximum range in open environments as 6.4km, so this is the theoretical limit achievable.

First, he needed to plot suitable high ground points around 6.4km apart, where he could place his camouflaged goTenna nodes. Range drops dramatically in built-up areas, requiring more nodes to cover the area with a mesh network. 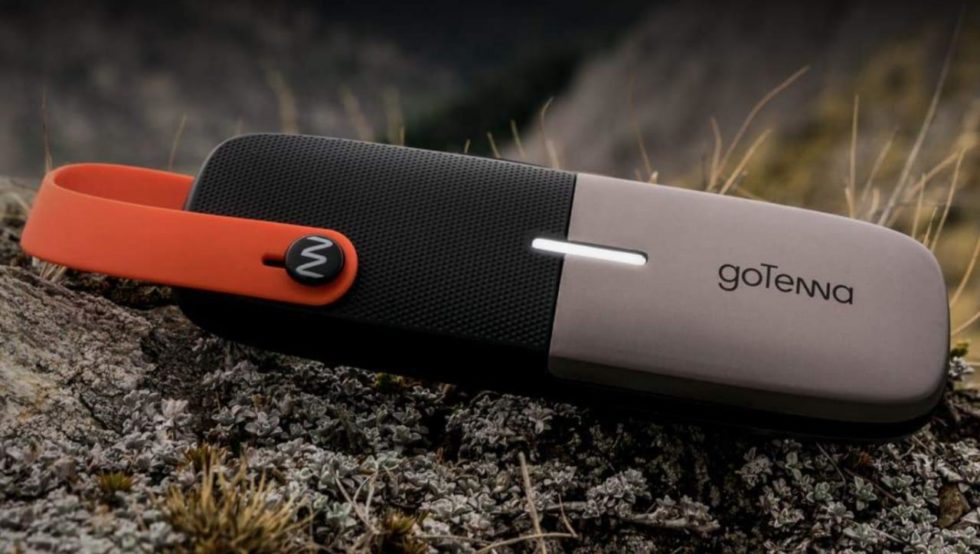 His girlfriend got to stay at home with another goTenna and receive the transactions, thus acting as a relay from the radio mesh network to the internet — and a recipient of the bitcoin being transferred. The phone sending the transactions had no connection other than a paired goTenna.

The first attempt was directly from the source device to the receiving device, at a distance of 5.61km. After confirming this was a success, Coinsure left a goTenna in the location and moved to the next, 7.06km away. He again managed to successfully broadcast a bitcoin transaction, this time a total of 12.67km.

Sadly, the third attempt, at an additional 7.15km distance was not successful, but this may have been down to an app crash on his girlfriend’s phone rather than a failure of the mesh network.

Coinsure did note that there was no confirmation or acknowledgment of the transaction until the wallet reconnected to the internet. Because of this and the risk of spending coins more than once, you are limited to just one transaction whilst offline. But yeah, that’s still pretty cool.

He also estimated that just 37 well-placed goTenna nodes could cover 1120 sq. km of Auckland and the surrounding area — which is also pretty cool.

This is the -very- rough diagram I drew up. Not exact but you get the idea. Correction to earlier numbers- 37 units and 1120square km covered pic.twitter.com/oiCahTFoBG

What are your thoughts on offline transactions and a node-surrounded Auckland? Don’t hesitate to let us know in the comments below!

The views and opinions expressed in the article Off-The-Grid Bitcoin Transactions Now a Reality do not reflect that of 48coins.com nor of its originally published source. Article does not constitute financial advice. Proceed with caution and always do your own research.