The Proof of the Working Products Is the Reason for Market’s Revival?

The cryptocurrency market reflects how participants feel about blockchain’s progress, namely its biggest obstacles and how projects using blockchain navigate them. These feelings and perceptions determine how people act in the market, and there are times when the majority are all in agreement. Typically, periods of concentrated optimism or pessimism about blockchain push the price of nearly every cryptocurrency up or down, and there’s always a fundamental theme providing some sort of definable impetus for these movements.

Each cycle of up-then-down can be attributed to something different. The last bull run peaking at the end of 2017—with Bitcoin at nearly $20,000—was largely built on the “promise” that blockchain held. The subsequent decline was then catalyzed by profit-taking but also because the public consciousness came to terms with blockchain’s scaling difficulties, transaction slowdowns, and the absence of real products built using it. As the market finds its legs in mid-2019, it’s worth considering what the underlying reasons are for this tentative recovery.

First Wave of Products Wait for Old Chains to Catch Up

This year’s measured retracement upward is (for now) defined by the slow yet tangible developments happening in legacy blockchain solutions, which also represent the foundation of the current industry. Many impressive projects are being built adjacent to or on top of these blockchains, and it’s the acknowledgment of these products and applications that has prodded the slumbering bull.

For blockchains like Bitcoin, which don’t directly support other projects like Ethereum (it has no application layer), maturation has meant the growth of exclusive second-layer solutions like the Lightning Network (LN). The LN will deliver Bitcoin’s only dream to markets, namely that with a model for storing transaction data off-chain, transacting on-chain is that much faster and cheaper. As people understand Bitcoin has put most of its troubles behind it, price action follows.

As most know, Bitcoin is no longer representative of the blockchain industry. Ethereum was relatively new during the 2017 bull market, but even at the time, it was easy to see that the two-year-old “decentralized blockchain computer” had massive potential. Similar to Bitcoin, Ethereum’s scaling struggles are soon to be a thing of the past thanks to a highly anticipated switch to Proof of Stake at some point this year. This provides momentum as people snap up ETH with the intention to stake, but also because it means that smart and autonomous applications built on Ethereum won’t be constrained.

Even though greed and fear still lend momentum to the market’s swings, it needs a reason to move in the first place and to establish a direction. One big reason to be greedy is that blockchains like Ethereum will soon be able to push transactions through more quickly, and so the first wave of products built around them have a better chance at succeeding due to the reliability of service. Part of what helped turn the market’s pessimism around was that people began to realize that these great products have quietly gone mainstream while they weren’t paying attention.

Built using Ethereum smart contracts, for example, the new blockchain VR platform CEEK can already be purchased on Amazon, Target, Best Buy, and iTunes. CEEK is a blockchain-enabled VR experience and digital market, in which acts like U2, Katy Perry, and Lady Gaga are paid in cryptocurrency for performing to a virtual audience. With token integration, voting on blockchain among users, and support from existing VR hardware, CEEK is one solution putting Ethereum through its paces. 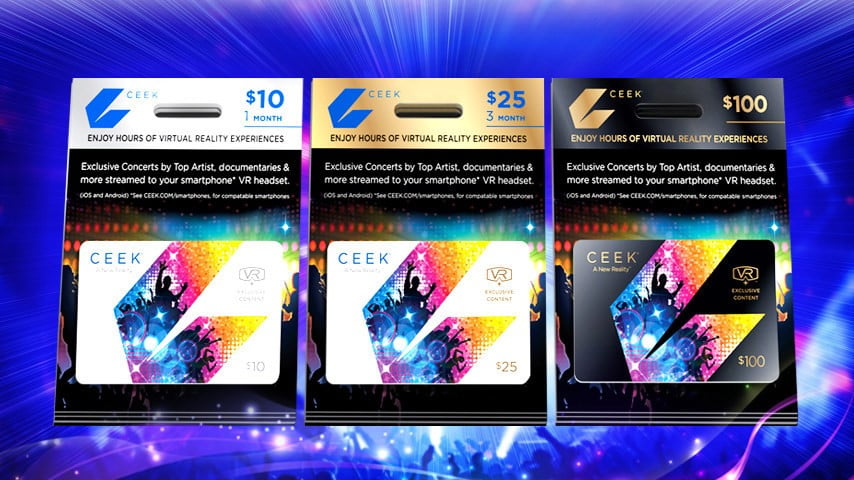 Others include Cardstack—a unique visual dashboard that lets users select and “stack” individual Ethereum applications. The functionality of single apps on the blockchain is still relatively novel, but by providing a clean interface and the backend power to layer these apps on top of one another, their collective utility expands and holds great potential as the ecosystem grows. Perhaps most impressive—and late to the game—are the number of blockchain payment platforms finally hitting the market, however.

Onset of Blockchain Payments is the Market’s Starting Gun

Though retail-level computing or entertainment products built on blockchain have the best chance to convince consumers to pay attention to technology, banks are already enraptured. Some of the world’s most influential banks have already built their own internal blockchains and cryptocurrency solutions because from as early as 2015 they were shown how the technology could reduce their overheads with faster, cheaper, and more flexible cross-border transactions.

One of the first to demonstrate this idea was Ripple, which partnered with Santander Bank to allow its Ripple Network to handle a portion of the bank’s transactions. The finance sector has since gone all-in on crypto, and even institutions like JPMorgan that were once hardline anti-Bitcoin now have their own JPM Coin, for example. The white flag that banks are waving to blockchain should really be seen as a checkered flag to signal the beginning of the next bull race.

Blockchain payments are hitting the app store as well, and one big piece of news in the last few months was the ability to use cryptocurrency through the Flexa app. Flexa is accepted as a payment method at some of the world’s biggest retailers, such as Whole Foods, Nordstrom, Starbucks and more. As blockchain gets more and more practical, it won’t remain a niche space for long. Its benefits are being trotted out in the form of products and applications that are available, and investment is ballooning in tandem. We haven’t yet seen the real follow-up act to the 2017 bull market, but the ways we can already use blockchain ensure that it’s not long in coming.

The views and opinions expressed in the article The Proof of the Working Products Is the Reason for Market’s Revival? do not reflect that of 48coins, nor of its originally published source. Article does not constitute financial advice. Kindly proceed with caution and always do your own research.