Bitcoin [BTC] closed May 2019 with a massive monthly gain of over $3,000 in what has been the most successful month for the top cryptocurrency since the famed December 2017, when the price nearly hit $20,000.

Who would’ve thought that a month beginning with a $40 million hack of the largest and most reputed cryptocurrency exchange in the world, Binance, and a month that saw the delay of two Bitcoin ETF proposals would be the same month where the top cryptocurrency surged by over 65 percent breaking resistance after resistance and now looking to slow down anytime soon.

Beginning the month at just above $5,300, Bitcoin broke $6,000 a mere nine days into May and then amassed another $1,000 gain within the next three days. Topping out at $7,400 before succumbing to a pullback shaving over $600 before breaking the $8,000 ceiling on the back of the announcement by Bakkt and the Gemini integration.

The close of the month was fairly disappointing, in context of the previous weeks, on the penultimate day, Bitcoin shaved over $500, dropping to $8,200 and closing on a recovery to $8,500.

Josh Rager, a member of the advisory team of LevelInvest and TokenBacon lauded the May bullish spree of the cryptocurrency. In his recent tweet, Rager stated that a “rising wedge” on the basis of the lower time frame [LTF] of 1 hour shows that the formation is still rising. He pinpointed the price of $8,741 as the “support flipped resistance.”

The analyst added that if the same were to be broken, expect a “push back” over $9,000.

A cross and hold above $8731 would be bullish for a push back up over $9k pic.twitter.com/IE3RQXpTHQ

On the flipside, other prominent analysts cite this period as a “Bulltrap,” stated Armin Van Bitcoin. He stated that the May rally to $8,700 or thereabouts would be followed by a drop to $7,700, which the cryptocurrency last fell below on May 23.

AvB stated that attention should be placed on the altcoins, which, off-late, have been pumping relative to the king coin. He added that if the alts rally faster than Bitcoin a “correction,” is imminent, however, the picture is not all that bleak. This “correction,” would drive out all the “illiquid money” into Bitcoin which will prime the king coin for “ the next pump.”

Despite the market trading in a sea of green, Bitcoin does not look to be leading the charge. The alts are firmly taking the baton and running with it, spearheaded by heavyweights like Ethereum [ETH] rising by 6.43 percent, EOS [EOS] booming by over 14 percent and Litecoin [LTC] amassing a 6.12 percent gain.

Bulltrap. May rally to ~$8700 then we go lower. Possibly $7700. Pay attention to how #altcoins are behaving. If they rally faster than #bitcoin, we are due for a correction which washes out illiquid money into $BTC and sets it up for the next real pump. PS: Don’t trade. pic.twitter.com/69Y461Z6yG 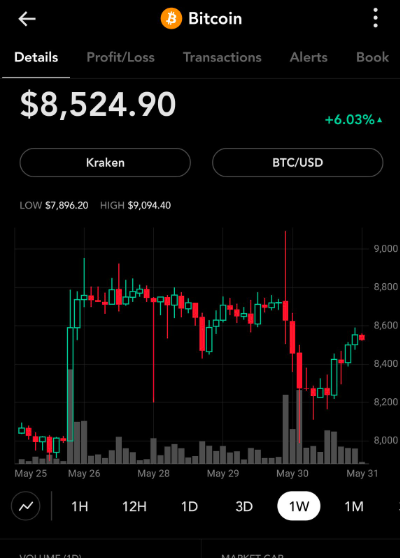 The views and opinions expressed in the article Top Gainers: EOS, Ethereum and Litecoin lead a bullish charge; altcoins at the helm do not reflect that of 48coins, nor of its originally published source. Article does not constitute financial advice. Kindly proceed with caution and always do your own research.