On 30th August 2018, during the official launch of Tron Virtual Machine, Lucien, the CTO of Tron, gave more insight on the TVM.

The CTO of Tron said:

“Starting from today, Tron will open a new chapter of DApps. This is very exciting.”

The TVM FullNode is the core service node of the blockchain. All the applications such as the web games, apps, game engines, development and wallets will be connected to the FullNode. The FullNode will execute various transaction requests from different ends, process and will accordingly send back the results. 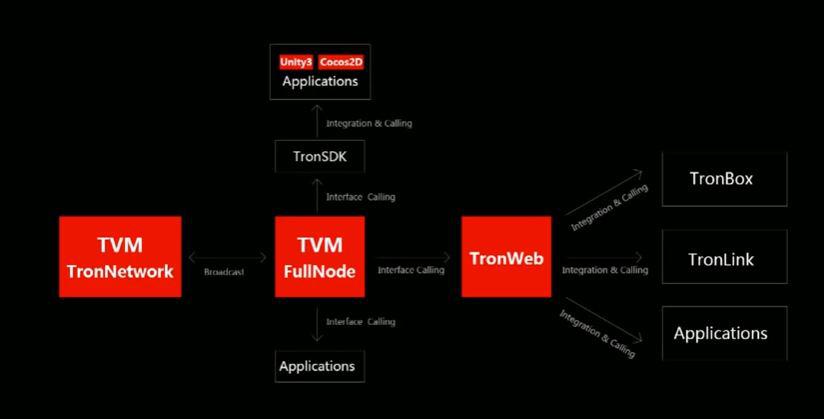 The TVM also provides TronWeb which is encapsulated by the js through the FullNode interface. This would allow the developers to make use of the developed product. Along with this, TronBox helps the developers to visualize the deployment of their smart contract.

In the future, the Tron SDK can be used by the developers to develop a sizable game which is based on game engines or apps. They can also encapsulate on the mobile end in order to realize quick integration and business logic.

This was followed by the relation between the FullNode and the Tron Network which involves the calling logic of the TVM. This would enable the developers to develop high quality DApp in a short period and also have a deeper understanding of the execution of the entire Tron Network.

The two main types of transactions are:

The CTO explained that the contract transaction would cause the TVM to execution. When the transaction enters FullNode, the execution process would be divided into 4 steps. They are:

To which, Justin Sun, the Founder and CEO of Foundation said on Twitter: